Since 2015, 24 communities have participated in DHCD’s Community Business Launch (CBL) program and launched new or expanded businesses in a targeted district of their choice. A systems approach to asset-based, small-business economic development, the CBL program helps communities identify their unique assets and fill vacant storefronts with businesses that best attract and serve its residents.

In 2019, the city of Galax applied for CBL funding to combat a high vacancy rate in their downtown. Like many communities, Galax struggled with a lack of retail variety, sporadic and unreliable business hours, and little enthusiasm among existing downtown business owners. 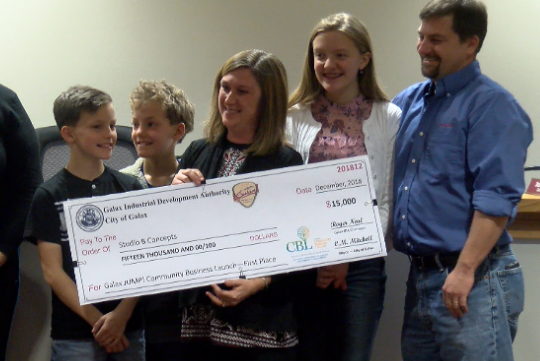 Galax received 19 applications from local entrepreneurs to participate in the Jump! Galax competition, and ultimately, the city awarded six businesses funding to open downtown. In addition to creating six new businesses, Galax was able to cultivate the enthusiasm and support among business owners they had always hoped to achieve.

Networking and new cohesive relationships have grown between the entrepreneurs and each now has a vested interest in the success of the others. As an example, on Small Business Saturday and on the Saturday before Christmas, one business invited all other participants to set up, display and sell at their location.” – Brenda Marrah, City of Galax Grants Administrator

What is more, Galax was the first community to make the program available in multiple languages and provided an interpreter for businesses that pitched, acknowledging its growing Hispanic population (which makes up 15.3 percent of its 6,625 residents). As a result, a community favorite known for its beef-tongue tacos will be relocating to downtown Galax, in the heart of bluegrass country!

If you have got big plans for your community and are interested in applying for CBL, contact Jessica Hupp at 804-371-7121. The application deadline for fiscal year 2020 has now been extended to April 19, 2019.