“In addition to the direct economic impacts of manufacturing, the industry generates increased tourism-related revenues, provides new production and sales opportunities for our agricultural producers, and enhances community revitalization and development efforts in both rural and urban areas of the Commonwealth”, said Secretary of Commerce and Trade Todd Haymore.

This success story is close to home on Virginia’s Main Streets. One of the latest brewery additions is Sugar Hill Brewing Company in St. Paul, opened fall 2016.  The brewery added a much needed restaurant that is now a local favorite, a tourist destination, and a big economic boost to the small town. It complements the economic development strategy as an ecological and commercial hub – connecting downtown to hiking trails, off-road recreation, and summertime tube floats and kayaking on the Clinch River.

A frothy wave is crashing into our Main Street communities; one that is having a favorable impact on local opportunity, character, and spirits.  Check out more Virginia craft brewery offerings here >> 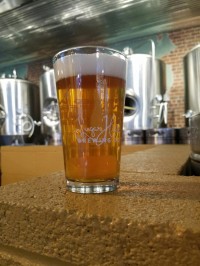